This year, I’m going to take better care of myself. I’m going to pay attention to my body, give it the food it needs when I need it (and not give it the other kind), figure out some kind of exercise that works for me, and feel better as a result.

If your New Year’s resolution sounds like that, I can help. (Even if it doesn’t, I may still be able to help.)

If you want to feel better in the new year, address whatever chronic aches and pains you 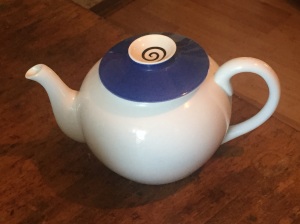 have, deal with chronic health issues, learn better ways to handle stress, integrate herbs and qigong into your life, receive shiatsu treatments, or simply integrate your whole self so that you’re no longer thinking of your body as a slightly alien creature who happens to share your living space… please get in touch. I’d love to help you, and be your partner on this new journey.

We were nearing the middle of a session combining coaching with shiatsu, qigong, and herbal counseling. In this particular session, most of our work was shiatsu and coaching, and she had started giving me some more details about a problem she wanted to share when suddenly the rest flew out of her mind.

“Shall we just wait a minute?”

“No, I can tell by the way it happened that it’s gone for a while, like, maybe a few days.”

“Would you like me to help you with that? We can use a qi projection technique I’ve developed working with people after concussions.”

“Sure. Why not?” she replied, open but slightly skeptical. Skeptical but open is a good combination.

“Oh,  so here’s what I was going to say….” And there it was, seconds after I began the projection, in greater detail than originally.

“That was pretty cool,” she said.